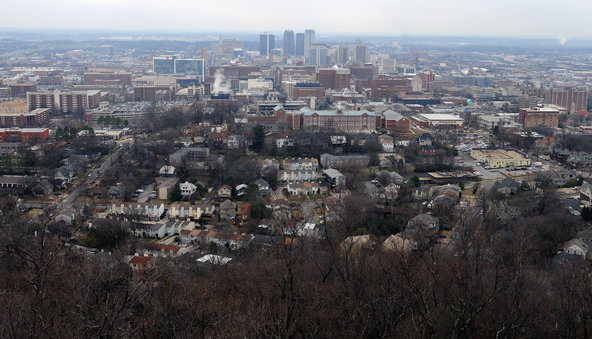 In a historic bankruptcy case, Alabama’s financially distressed Jefferson County says it has finally reached an agreement to refinance the majority of its debt.

The county will save hundreds of millions by refinancing and set it up to break free from bankruptcy in months to come.  Before the county can rid itself of bankruptcy, it must overcome several obstacles and be looked over by a federal bankruptcy judge.  This is scheduled to commence this Wednesday.

According to those involved in the negotiations, the deal includes around $2.4 billion dollars of Jefferson County’s total $3.078 billion dollar sewer debt, which was incurred to help pay for essential repairs necessary to comply with new federal clean water standards.

During the financial debacle of 2008, the accumulated sewer debt interest went up dramatically. The county experienced great difficulty in repaying their debts when the monthly repayment increments accelerated.  This left the county not able to pay and the repairs were not completed.

When the county declared bankruptcy, there was also other debt totaling $4.2 billion dollars, which made this the largest municipal bankruptcy in the history of the United States.

Large counties with tons of debt are usually not known to be involved in a governmental bankruptcy.  The mostly involve small districts and towns. Public financial officials have been studying Jefferson county to see what type of legal agreement with be reached. Chapter 9 bankruptcy rules could hinder the municipal bond market, which will leave some concerned if manifested.

Residents have been worried that they would pay for the county’s state of bankruptcy leaving them with the burden of high taxes and devaluing of their property.

JP Morgan Chase is one of the creditors that holds the $1.22 billion dollars in sewer debt,  which will be covered by the refinancing agreement. Other creditors include, three bond insurers and seven hedge funds.  $1.84 billion dollars out of the $2.4 billion dollar will be received by these creditors.  It is said that JPMorgan will take most of the burden to help boost a speedy recovery for sewer creditors.

JP Morgan will be covering about 70% of the debt which is about $842 million dollars.  Right before the county declared bankruptcy in 2011, Jefferson county, without hesitation, completely denied an agreement of about $750 million dollars from JPMorgan.

JPMorgan, without argument, will make a big efforts on this bankruptcy agreement, because  of the banks failure in refinancing debt in 2002 and 2003.

Currently in state court, the county lawsuit that is against JPMorgan, will soon come to a settlement. Back in 2009, The agreement was to pay all debts the county has owed on interest rate swaps.

The Jefferson County residents are still not satisfied because the county officials had to serve time in prison and the bank walked away untouched. Thomas B. Bennett who is a judge of federal bankruptcy, will be overseeing the lawsuit on Wednesday.  This could lead to the debts not being repaid, in that it was in direct violation of the Constitution.

Since 1997, the sewer systems have gone under little or no repairs.  The Bank of New York Mellon requested that Judge Bennett look over the Jefferson County sewer system budget and finances.

The agreement reached is said to be much better than what would have been expected if Jefferson County had not filed for Bankruptcy. The county commission approved this with a 4 to 1 vote.

The public creditiors of the county on sewer debts will be presented either 65 cents/dollar with the ability to pursue their own claims, against bond insurers or the county or 80 cents/dollar if the manage to rid of their other claims, if the refinancing  goes forward.

If you have questions about bankruptcy filings and want to find out the best solution for your current financial situation, call the Law Offices of Bruce Feinstein, Esq. today for a Free Consultation.