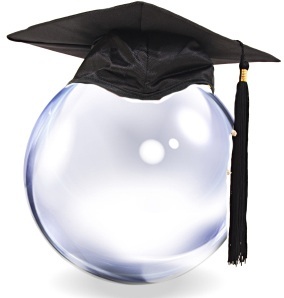 Just how bad is the student loan bubble in the U.S., and how will that affect us?

Many of us know that student loan debt is an important issue: we read about it in the news, politicians disagree about what they are going to do to solve it, and we hear the term “student loan bubble” used by the media. But is it all hype? How bad is the student loan debt situation in the U.S.?

The short answer is: very bad. And while many Americans hear about increasing student loan debt, they hear little agreement about how to solve it. Tuition costs continue to rise every year, and there is no real sign of them slowing down to match post-recession family and student budgets. National attention is focused on the need for better education and lower dropout rates, but talk is limited when it comes to rectifying the ultimate cost of higher education.

Student loan debt is an enormous burden on many people – it is now higher than consumer debt, including auto loans and home mortgages. It is nearing $1 trillion dollars, and it’s growing, even as families begin to recover from the recent economic downturn.

A report put out this year by Demos determined that the “student loan crisis” is continuing to worsen: it escalated throughout the second quarter of 2012 as the amount of debt Americans have reached its highest recorded level. And a recent report released by the New York Fed says that even though household debt improved overall – falling 0.5%in the second quarter – student loans have only gotten worse.

And this doesn’t even take into account the reality that delinquency rates on student loans are vastly understated due to the fact that many borrowers are in deferment because they are still in school. There is an entire generation of students enrolled in colleges who have taken on more student loans than any generation before them. If you were to include these exempt students, the delinquency rates would more than double, increasing from 8.9% to an estimated 20%. These numbers spell disaster for lenders, borrowers, their families, and the American economy.

While these facts are sobering they are important to know – we must look at skyrocketing tuition costs, and the student loans that are burdening young students the moment they graduate. If you, like so many Americans, are facing growing student loan debt and cannot make payments, be sure to learn the facts about student loans and bankruptcy. Call the Law Offices of Bruce Feinstein, Esq. today for a Free Consultation about bankruptcy, alternatives to bankruptcy – and getting out of debt.