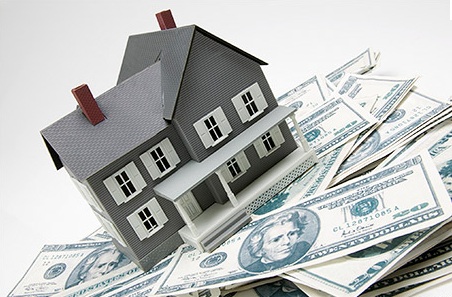 What have major banks been doing for borrowers since the mortgage crisis?

Thousands of Americans with home loans recently received notices in the mail from their banks, saying things like, “We are canceling the remaining amount you owe Chase!” and “You are approved for a full principal forgiveness of your Home Equity Account.” That all sounds well and good, but there is a problem: many of these individuals don’t owe the money anymore. They filed for bankruptcy and had that same debt wiped out, oftentimes several years ago.

So why are these people being released from debts they had discharged during a bankruptcy? Chase and Bank of America both stated that the letters were sent to two kinds of bank members: borrowers with outstanding debt and borrowers whose debt had been discharged, but who still had liens against their property. This does help borrowers when it comes time to sell their homes, but the information surrounding the lien releases was either hidden within the letter’s confusing content, or not referenced at all.

Not only does this make for misleading and confusing news for thousands of people, it also poses a far shadier issue. There are some who believe the banks sent these letters as a way to surreptitiously get credits for releasing liens that were already removed. During the mortgage settlement, five of the country’s largest banks, including Chase and Bank of America, settled for $25 billion over claims that they partook in questionable practices during the recent housing crisis. As a concession to the banks, the government promised they would award the banks credits for working with borrowers and their debt.

While both banks deny they will use these incorrectly phrased letters to gain credits from the government and Bank of America has put a more valid version of the letter on their website, there are still lingering doubts. Some individuals who received these letters already had their liens removed during their bankruptcy proceedings – there was absolutely no reason they should have received the letter. That makes the banks’ motives look muddy, and at a time when many people have very little trust for these large financial institutions, that sentiment will only be stronger.

It is also upsetting for the homeowners who struggled to modify their mortgages and were denied. Receiving a letter about a bogus lien reversal just rubs salt in the wound.

So will the banks receive unfair credits for these letters? Should there be more regulation about the banks and their behavior after the mortgage settlement? This error certainly creates more questions than it does answers. It also underlines the fact that homeowners need to be aware of their rights and keep track of their banks’ actions. If you are facing a lien against your property or creditor harassment and want to learn more about bankruptcy and its alternatives, Call the Law Offices of Bruce Feinstein, Esq. today for a Free Consultation about getting out of debt.