HomeBankruptcy BlogThe Repeal of DOMA and its Effect on Bankruptcy 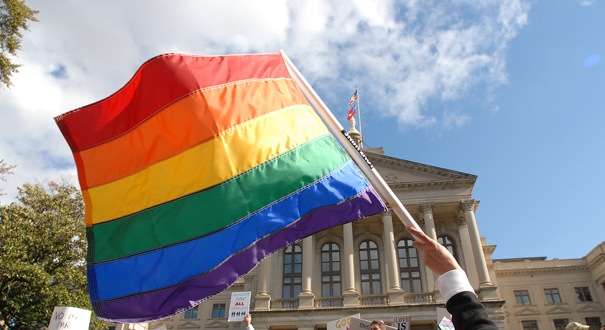 What does the Repeal of DOMA mean for New Yorkers?

In June the Supreme Court reached a landmark decision to repeal a portion of the Defense of Marriage Act (DOMA). This news affects married same sex couples and their approach to financial endeavors such as filing for bankruptcy.

DOMA is a federal law, created in 1996, prohibited the government from recognizing same sex marriages, even if they were performed in states that allowed gay marriage. DOMA had serious effects on same sex couples’ personal and financial lives, and now that part of the Act has been repealed, they are able to use hundreds of federal benefits to which legally married couples in America are entitled, including pensions and social security benefits.

Another benefit is a married couple’s right to file jointly for a bankruptcy petition. While this Supreme Court ruling does not give same sex marriage complete constitutional recognition, it does have important implications for these couples nationwide. It is important to understand the effect this ruling has on gay couples who are filing for bankruptcy in New York and elsewhere.

Same sex marriage in the U.S. is a hot button issue, but it’s important to set the emotional factors aside and look at the legal implications of the Supreme Court’s decision. Section 3 of DOMA defined marriage as “a legal union between one man and one woman as husband and wife” and a spouse as “a person of the opposite sex who is a husband or a wife.” So for gay couples who were married in New York, a state that does legally recognize gay marriage, their union was not actually seen as a “marriage” under federal law.

Now these same couples will soon receive the same rights and benefits awarded heterosexual couples. This includes filing jointly for bankruptcy. Filing jointly means that a couple can file together for a bankruptcy petition in lieu of creating two separate petitions and two separate cases, which can save both time and money. Joint bankruptcy filings cover the debts married couples have together, and it doubles their bankruptcy exemptions, which include property, pensions, and insurance. It also gives both spouses the benefits of an automatic stay once they file. This protects them from stressful creditor calls, frozen bank accounts, and foreclosure.

Married couples can now reap the legal benefits of a joint bankruptcy filing regardless of sexual orientation. And this recent ruling clears up confusion or fear of opposition for gay couples who may have gotten married in one state but filed bankruptcy in another state that did not recognize that marriage. This decision will provide clarity and clear the red tape for same sex couples filing for bankruptcy in New York and elsewhere.

There are many factors to consider if you are thinking about filing jointly for Chapter 7 or Chapter 13 bankruptcy. Looking at the benefits and drawbacks will help determine whether it is the best fiscal decision for you and your spouse. Contact the Law Offices of Bruce Feinstein, Esq. today for a Free Consultation.