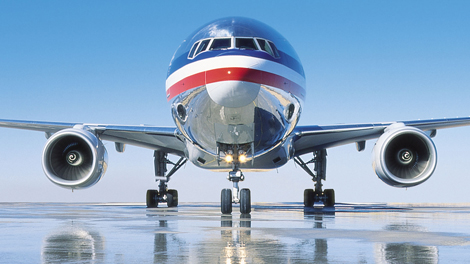 How Long Does a Chapter 11 Bankruptcy Proceeding Take?

November 29th marks the one-year anniversary of American Airlines’ Chapter 11 bankruptcy filing. This has been the largest ever bankruptcy proceeding of a U.S. airline, and over 12 months the company has undergone various steps as part of its restructuring.

For a large company like American, the bankruptcy process is extensive and involves many moving parts. The company had to consider how to best allocate its time and effort; what areas get a piece of an already tight budget? They also needed to work with unions and worker pensions and contracts alongside the guidelines and goals set up during their bankruptcy and enforced by their unsecured creditors.

American Airlines spokesman Mike Trevino said the airline made “a significant amount of progress toward rebuilding one of the world’s greatest airlines” over the past year. “We set a goal of achieving about $3 billion in financial improvement by 2017. While we have had to make difficult decisions, endure a lot of challenges and have more work yet to do, we are nonetheless pleased with the results so far.”

So what has American Airlines done to rebuild its business and prove that it can be a viable, stable airline…or a valuable commodity? (American is also in talks with U.S. Airways regarding a possible merger).

One large goal for the company was to reign in labor costs. American negotiated new deals with all its labor groups and unions, achieving more than $500 million in savings. They had tried working out pay cuts and contract changes with its unions in the past, but this time their sights were set on cutting benefits and outsourcing maintenance positions to the tune of thousands of job cuts. American has largely succeeded, but it still needs the approval of its pilots. They worked out a new proposed contract earlier this month, and are waiting for a final vote in early December. If approved, American will have 6-year contracts with its unions.

While much attention has been paid to streamlining productivity, benefits were still a focus for American during the bankruptcy process. The company addressed their pension and benefit problem, and workers are now required to pay a larger percentage of their medical insurance premiums. American will also stop paying the premiums when current employees retire. And they froze pensions – for now – starting in November 2012, so workers will receive earned pensions but will not accrue benefits. This plan has proven successful for American. Their debt has plummeted from $9.2 billion to $76 million, with the remaining debt rolled into “liabilities subject to compromise” as defined by the Chapter 11 reorganization.

Now the question remains: what happens to American Airlines? Will it emerge from bankruptcy to operate on its own, or will it merge with U.S. Airways before the process is over? Both companies have signed nondisclosure agreements, meaning they are able to discuss potential merger terms and benefits, so the option is on the table. It will be very interesting to see how this bankruptcy will play out, and how the final decision will affect American employees and their customers, as well as ticket prices and flight availability.

Chapter 11 can take anywhere from a few months to several years depending on the complexity of the case. For American Airlines, this has been a multifaceted process, and the possibility of a merger adds another layer to this story. If you have questions about how filing for bankruptcy can benefit your business or the differences between Chapter 7 and Chapter 11 bankruptcy, Call the Law Offices of Bruce Feinstein, Esq. today for a Free Consultation!