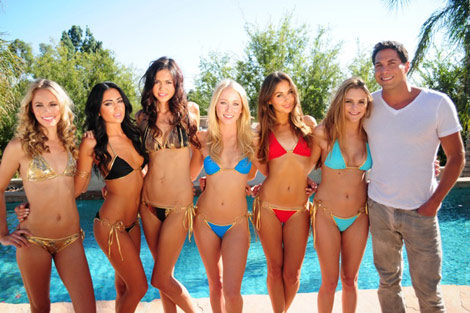 A federal judge was asked to ban Joe Francis, the founder of the soft-core Girls Gone Wild franchise, from the company offices. The trustee running the company alleges he is a violent man who has threatened company employees.

In the court papers, Neilson said that Joe Francis claims he doesn’t have ownership or control of Girls Gone Wild despite having an office at the company’s Los Angeles HQ. In April 23rd’s complaint filed in Los Angeles U.S. Bankruptcy Court, Neilson also alleges that Francis is trying to maintain control of the company despite a court order that appointed a trustee.

According to the filing, Francis “made violent threats to the debtors’ employees and attempted to fire them based on his belief that they were not being sufficiently obsequious to him and were not obeying his commands” just days after the trustee’s appointment.

In their Chapter 11 bankruptcy filing Girls Gone Wild listed debts totally $16.3 million and assets of only $50,000. The lion’s share of the debt comes from court judgments against Joe Francis.

Francis has not yet responded to requests for comment on the Neilson’s allegations.