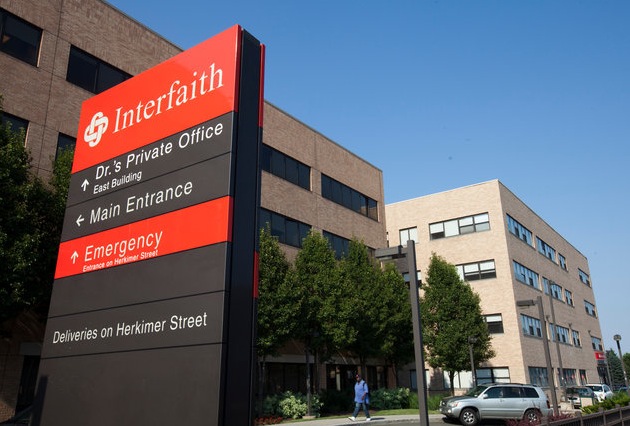 What happens when a hospital goes bankrupt?

The hospital services a quarter of a million residents in the area, mainly those of African and Caribbean descent. Instead of merging with another company it decided to file for Chapter 11 bankruptcy to keep its doors open.

Interfaith supported itself for years on erratic state funding, but the recession caused New York state to cut spending on various social services, including those that support Interfaith. The severe aid cuts, coupled with the fact that they saw a 40 percent cut in the amount of reimbursements they receive from the treatment of Medicaid patients, meant that Interfaith could not afford to operate. The hospital stated, “Despite our hard work to reduce costs, it became impossible to continue to operate under those rate reductions without an operating loss.”

This has many patients and staff wondering what will happen to hospital and their personal well-being. Much of the surrounding community is poor, and 65% of the residents depend on Medicaid for their healthcare needs. The hospital employs over 1,500 workers.

Currently, Interfaith cannot afford to pay for medical malpractice insurance, and it is at risk of failing to make payroll. These are signs that the institution is in serious danger; filing for bankruptcy was seen as a way to keep the hospital operational. Through a Chapter 11 reorganization, it can operate as a “debtor in possession,” meaning that it acts as a trustee of the business and remains in control of its operations.

Some state officials wished the hospital had gone through with a merger. And there were plans for Interfaith to merge with two local, healthier hospitals, but that deal soured after one of the groups withdrew from the deal.

Now, Interfaith is asking for $20 million in debtor-in-possession financing as part of its bankruptcy procedure. This money will allow it to operate during its bankruptcy proceeding and debt restructuring. The state has not made a final decision on whether or not it will approve this financing; it is hesitant and may still push for a merger. In the meantime, area residents are waiting to see what happens with this court filing. For many in the area, this is the only local hospital, and its closing would place more burden on the elderly and those in need of emergency care. If Interfaith is able to function during its Chapter 11 bankruptcy, there will be minimal damage to the community and it will be able to work towards operating successfully and stably. If your business is facing mounting debt and is at risk of closing, or if your personal debt is affecting your day-to-day living,  Call the Law Offices of Bruce Feinstein, Esq. today for a Free Consultation!