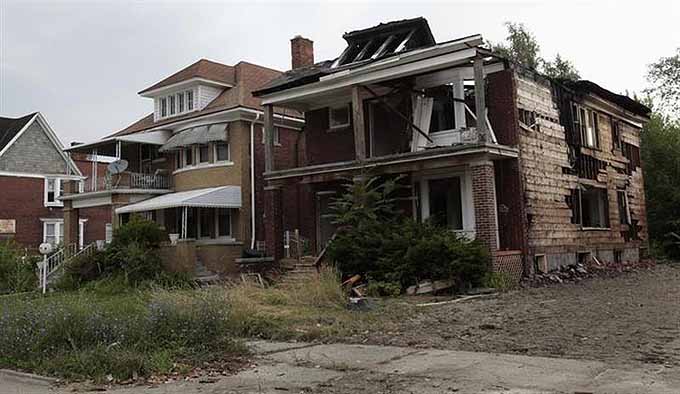 What Does Detroit’s Bankruptcy Filing Mean for City Workers and Residents?

My team and I have been keeping a close eye on the ongoing bankruptcy drama unfolding in Detroit. I previously wrote a post about the city appointing a bankruptcy lawyer, Kevyn Orr,  and recent events have had clients wondering how a city’s bankruptcy filing could affect its greatest asset: its residents.

When it comes to municipal bankruptcy, our office are asked to answer questions about how it can impact communities and public workers. On Wednesday, a federal judge permitted the city of Detroit’s bankruptcy case to go forward after it was challenged by union and pension fund lawyers –  so the challenges facing the city have been front and center on the headlines and people’s minds.

The best way to address this issue is to review the most recent  updates in the case. Federal Judge Steven Rhodes handed down his decision to halt litigation against Detroit’s recent bankruptcy filing, which is the largest municipal bankruptcy filing in U.S. history. So in the case of this crumbling city and Kevyn Orr, its appointed emergency manager, the federal bankruptcy court has jurisdiction over the case and its findings.

The issue over the bankruptcy filing began when a Circuit Court judge ruled that it was in violation of Michigan’s state constitution and the rights of public employee pensions, which could be on the chopping block. Part of Orr’s bankruptcy plan, which has the governor’s blessings,  is likely to reduce pensions in order to reduce the city’s staggering $18 billion of debt. These actions could affect working and retired city workers such as police, firefighters, and sanitation workers. / An article in USA Today this week quoted Edward McNeil with the American Federation of State, County, and Municipal Employees, who said, “We are going to fight this all the way…we don’t believe the city should even be in bankruptcy court.”

McNeil and his proponents believe that that Orr and the city did not negotiate deals on the city’s debts that could have prevented the bankruptcy filing from occurring in the first place. They plan to argue that Detroit is not eligible to file for bankruptcy, even now that the case is going forward.

But Orr and his team argue that the city is too financially devastated and has no choice but to go through Chapter 9 bankruptcy. They also want to take advantage of the  automatic stay , a benefit that goes into effect when a bankruptcy petition is filed. Judge Rhodes sounded determined to see this case through, saying, “My orders enhance the likelihood of Chapter 9 reorganization, speeds the bankruptcy case and cuts costs to taxpayers.”

This does not mean, however, that Detroit’s bankruptcy is secure and sure to happen. The judge’s actions do not determine whether the filing was in violation of the state’s Constitution. Nor does it state whether pensions should be protected under the constitution or slashed.

All these important details will be addressed in the upcoming weeks and months as hearings continue. We plan to keep a close watch on the developments since they deal with issues of unions, state pension plans,  bondholder responsibility, and the power – or lack thereof – of a state’s Constitution in federal court proceedings. These could all be affected, and they should have a lasting impression on future municipalities and cities that decide to file for bankruptcy, and how they deal with their finances. What if New York City were to file for bankruptcy? What would happen to its workers’ pensions? We need to watch how this unfolds in the event that something like it occurs in our home cities.

Cities, businesses, and residents all have unique questions when filing for bankruptcy in Queens. To get the information and answers you need, Contact the Law Offices of Bruce Feinstein, Esq. today for a Free Consultation.